When you think of sneakers, Nike shoes are most likely the brand that first comes to mind. It’s one of the popular sneaker brands in the world because of its innovative designs.

Since its creation in 1972, Nike is now worth over $34 billion. At first, they were created for athletics, but they’ve turned into a fashion testament as time has progressed.

But although designs have evolved, there are still iconic Nike shoes you should have in your collection. Want to know what they are? Take a look at our list below.

One of the most iconic Nike shoes is the Air Force 1. It was initially introduced as a basketball shoe in 1982, and was the first shoe created using Nike Air technology.

It’s transitioned well over the years because of all of its various styles. From low, mid, and hightops to the crisp leather seams, it’s unmatched in comfort and will continue to be a staple in the sneaker community.

Next on our list is the Nike Air Jordan 1. If you’re wondering why Jordan shoes like the Jordan 13 are so popular, it’s because of these sneakers.

They were the first signature shoe worn by the legendary basketball player Michael Jordan. The first colorways were red and black to match the design of the Chicago Bulls uniform.

However, during the 1980s, the NBA had strict rules about what shoes players could wear. As a result, MJ would get fined $5,000 each time he wore a pair during a game.

But instead of losing popularity, it only added to the legend, and various colorways continue to get released today.

When this shoe first debuted in 1991, man people couldn’t take their eyes off of it. The design was unique because it was modeled after a Japanese sandal.

But once you put your foot inside, you were exposed to a world of comfort. The shoe instantly fits around the shape of your foot and ankle to provide maximum comfort.

From basketball courts to running, this sneaker can do it all. But for those of you looking for your next fashion challenge, grab a pair of Huaraches and try to come up with innovative combinations.

The Nike Dunk was created in 1985 and was Nike’s first team shoe designed for basketball performance. Nike originally released the Dunk in several colorways to match popular college teams.

Programs such as Georgetown, St. John’s, and UNLV were the first to wear it and make it their official team shoe. However, in 2013, Nike released the Dunk Lows, which translated this iconic basketball shoe into popular streetwear.

The Nike Cortez is a staple on the West Coast. It was released in 1972 during the Summer Olympics, and demand grew as more people saw athletes wearing them throughout the games.

As a result, it became one of the most popular Nike shoes and continues to be a staple worldwide. With its leather construction and foam midsole, adding this shoe to your collection means durability and comfort.

Another creation that people would dub as one of the best Nike shoes is the Air Max. It debuted in 1987 and was the first Nike shoe to use Max Air cushioning technology.

The Air Max was also the first shoe where the midsole air unit was visible, giving insight into the wonders of the technology. With its unique style, you can continue to bring yourself back to the 90s with this classic shoe.

Named after the NBA team, the Portland Trailblazers, the Nike Blazer was initially a basketball shoe. It was first worn by then NBA superstar George Gervin and exposed fans to the Nike brand.

However, because of its simple design and fashion capabilities, it became an everyday shoe. Since then, multiple colorways continue to get released. You can also get them in low and mid-top versions, if that’s your preference.

Some would say that the Nike Air Max 90 is the best Air Max shoe ever released. It debuted in 1990 and was nothing like its predecessor.

The Air Max 90 had more padding, an increased midsole air unit, and a unique lacing system. To top it off, multiple colorways are always released due to the popularity of this shoe. So snag a pair the next time you’re out shopping.

The Air Zoom Pegasus is one of the most successful Nike running shoes. It debuted in 1983 and continues to be a popular choice among runners.

As time has progressed, changes have been made to the design of the shoe. Flymesh technology is now incorporated to allow more breathing room for your feet. Also, the instep is slimmer, providing better support for your feet and ankle.

If you’ve ever watched skateboarders perform, you’ll most likely see a pair of Nike SB Dunks on their feet. It’s like the original Dunk, but Nike made some modifications specifically for skateboarding.

There’s thicker padding in the tongue and more cushion in the midsole. Also, the soles were modified to add more traction. You’ll be able to find various colorways in multiple shoe retailers.

Get These Iconic Nike Shoes Today

Nike has and will continue to be a force in the sneaker world. But if you want to enhance your collection, you’ll need to add the iconic Nike shoes we listed today. Each time you put a pair of these shoes on, you’ll take a trip down memory lane.

Check out our blog for more content on other popular Nike shoes you should have in your collection.

The Smartest 5 Ideas to Make Your Home the Perfect Nesting Place for the Weekend! 2021 Bridal Jewelry Trends That Every Bride Should Get Behind 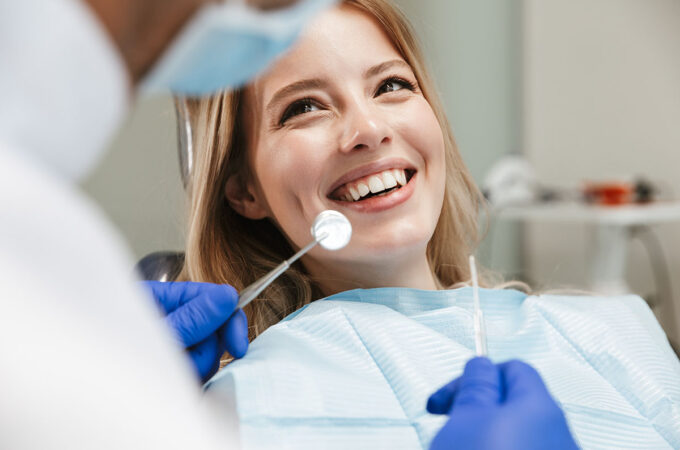 Dental Care Plan by Experts for the Overall Oral Health